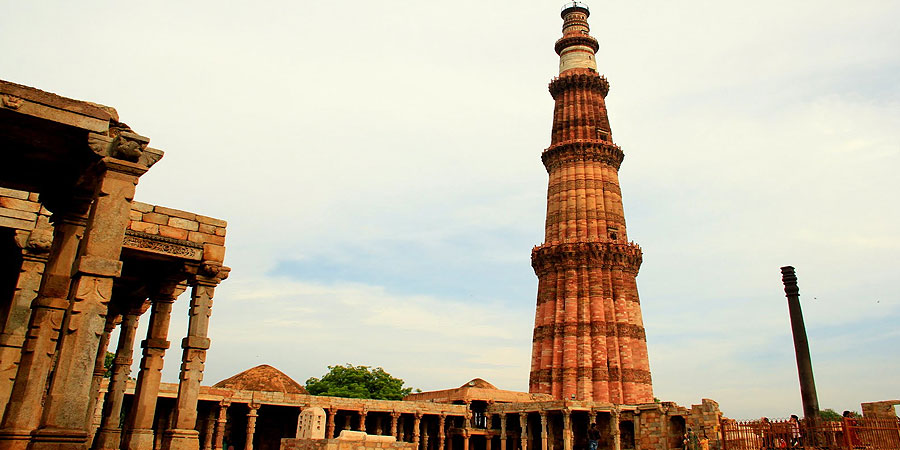 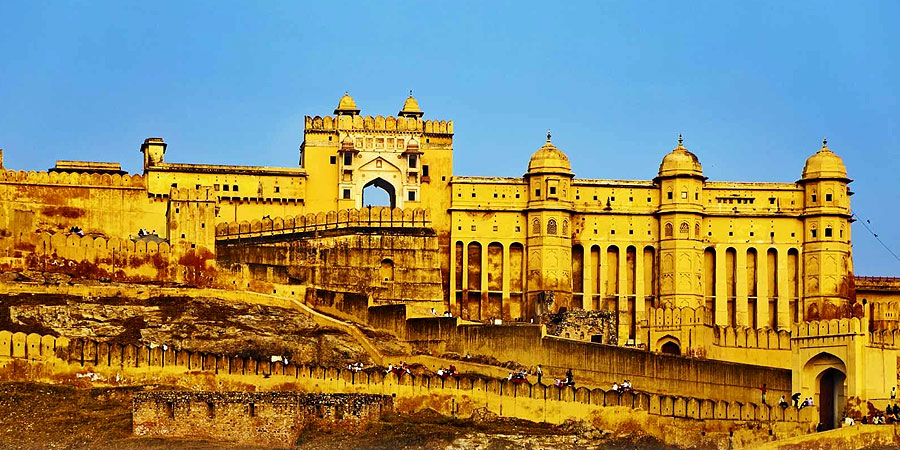 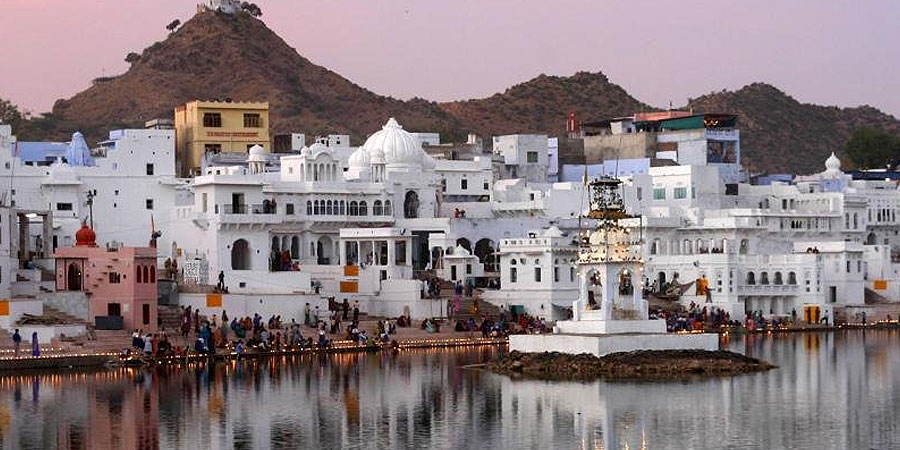 The town curls around a holy lake. 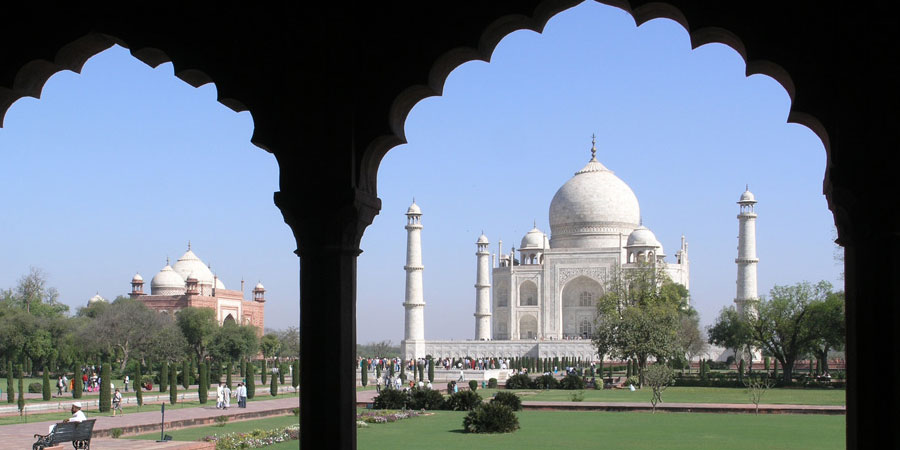 Unfold the Pages from the Past

Delhi, Jaipur, and Agra makes a triangle over map that's why it is called golden triangle tour and we have added a famous tourist destination "Pushkar" so you have the opportunity to visit the worlds one and only Lord Brahma temple. Informative Travels designed this tour keeping in mind to cover all famous and heritage monuments in this area like Taj Mahal, Amber Fort, Humayun's Tomb, Fatehpur Sikri, Brahma Temple in Pushkar and colorful stalls at Delhi's Chandni Chowk. 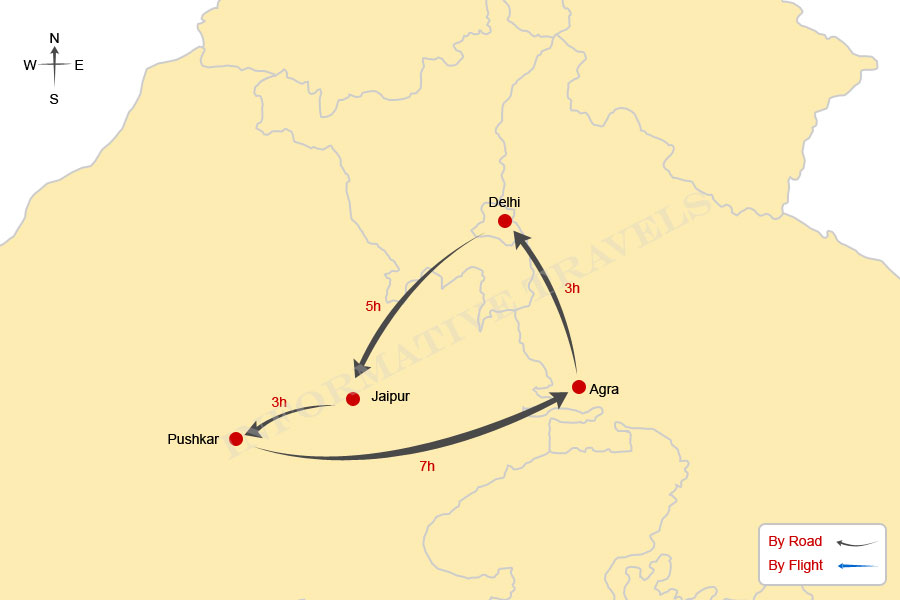 Day 01: Arrival at Delhi
On arrival at Delhi Informative Travels representative will meet you at the airport and transfer you to your hotel and help you in checking in. After getting refreshed if you have time and energy you can roam around any nearby market place by your own. Dinner and overnight stay at the hotel.

Day 02: Delhi
After breakfast at the hotel our driver will take you to the city tour starting with Akshardham Temple. The timing to visit Akshardham Temple is 9:30 AM to 6:30 PM and 2-3 hrs is enough to look around. This temple is dedicated to Lord Swaminarayan and a great example of Hindu culture and art built with Rajasthani pink sandstone and Italian Carrara marble.

You can lunch anywhere in a good restaurant in delhi and fortunately delhi is full of good restaurants. After lunch start to visit some of the city's cultural landmarks like the Red Fort, Chandni Chowk Bazaar and Khari Baoli spice market on your way to visit Jama Masjid. One of the largest mosque in the world and the largest in India, built by Shah Jahan to dominate the city. Explore the mosque with your guide to see several cultural relics, including an antique copy of the Qur'an. Then, make your way to Raj Ghat, a memorial built to commemorate the site of Mahatma Gandhi's cremation.

Now move to visit to the UNESCO World Heritage-listed monument Qutub Minar, India's tallest minaret, made of red sandstone and marble and inscribed with verses from the Qur'an. Next is Humayun's Tomb, another UNESCO World Heritage site, tomb of a Mughal emperor dating back to the 15th century.

After Humayun Tomb visit the war memorial and a nice open space in the heart of Delhi India Gate. It is constructed in the memory of Indian soldiers who died in World War I – and drive along Rajpath, the ceremonial boulevard heading toward Rashtrapati Bhavan, official home to the President of India. Overnight stay at hotel.

Day 03: Delhi - Jaipur
After breakfast checkout from hotel and our driver will take you to Lotus Temple a Bahá'í House of Worship built in 1986 it has been named over its shapes similar to Lotus. After having lunch in any good restaurant leave for Jaipur it will take around 5 hrs. On arrival at Jaipur check into the hotel rest of the day is free at leisure. Overnight stay in hotel.

Day 04: Jaipur
Take your breakfast at hotel and start the day with visit of Amber Fort. It is a hilltop palace built in 16th century by Raja Man Singh I. The aesthetic ambiance of the palace reflects in its wall constructed with red sandstone and marble, here you can visit Diwan-e-Aam, or "Hall of Public Audience", the Diwan-e-Khas, or "Hall of Private Audience", the Sheesh Mahal (mirror palace), or Jai Mandir, and the Sukh Niwas where a cool climate is artificially created by winds that blow over a water cascade the detail will be described by our guide and amaze you with the stories behind it. The next stop will be Nahargarh Fort from here you can have a panoramic view of Jaipur City. This fort was Built in 1734 by Maharaja Sawai Jai Singh II, the founder of Jaipur. Now return back in the city and have lunch.

After lunch, enjoy an afternoon city tour of Jaipur, whose origins can be traced back to the 18th century during the reign of Jai Singh II. Prepare to look beyond the bustling metropolis to find its historical charm, such as the magnificent palaces, and temples built with pink stones that gives Jaipur the popular name "Pink City."

Your guide will take you to visit the top sights of Jaipur, starting with the City Palace then Hawa Mahal, or Palace of the Winds, built to resemble the crown of the Hindu god, Krishna and finally Jantar Mantar, the extraordinary stargazing observatory built by the renowned astronomer, Maharaja Jai Singh, before heading back to your hotel. Overnight stay at hotel.

Day 05: Jaipur to Pushkar After breakfast at your hotel, embark on a three-hour drive to Pushkar and check in at your hotel. After lunch, take a journey to nearby Ajmer with your guide.

First, visit the Dargah of Moinuddin Chisti, a renowned Sufi shrine that draws Muslim pilgrims from all parts of the world to Ajmer. Next, learn about the 12th-century Afghan conqueror that converted Adhai-din-ka-Jhonpra from a Sanskrit school into a mosque by adding a seven-arched wall in front of the pillared hall.

Continue to beautiful Ana Sagar Lake, built north of Ajmer by King Anaji. See Daulat Bagh Gardens, located next to the lake, and its nearby marble pavilion. Afterward, return to Pushkar, which devout Hindus aspire to visit at least once in their lifetime. Your guide will accompany you to the Brahma Temple, the only temple in the world with an Idol of four-armed Lord Brahma. Beside of the temple is Pushkar Lake it is said that when a lotus fell from Lord Brahma's hands and dropped into the lake since then the lake is point of worship. The entire lake, surrounded by 500 temples, 52 palaces and 52 bathing ghats, is considered holy.

Day 06: Pushkar - Agra
After breakfast checkout from hotel our driver will take you to the worlds most visited place The Taj Mahal, Agra. Check into the hotel, get refreshed and Meet with our guide he will make a well described visit to The Taj Mahal a UNESCO World Heritage Site and one of the Seven Wonders of the World. Constructed from 1631 to1651 by Shah Jahan as a memorial to his third wife, Mumtaz Mahal, the domed mausoleum – built from white marble – is considered one of the most extravagant monuments ever built for love.

Next, move to the 16th century Agra Fort, built by Emperor Akbar on the banks of the Yamuna River. Its construction from red sandstone and its intricate design combining both Islamic and Hindu architectural styles give you an another experience about historic architecture. Here you can see the Diwan-I-Am (public audience hall) and the Diwan-I-Khas (private audience hall), added by Shah Jahan.

And finally visit to the Tomb of Itmad-ud-daulah built between 1622 and 1628 by Empress Nur Jahan for her father. Our guide will explain about the strong Persian influence on the monument's design – the first tomb in India entirely made out of marble and described as a jewel box. Back to hotel dinner and overnight stay at hotel.

Day 07: Agra - Delhi
After breakfast checkout from hotel our driver will take you back to delhi and drop you on airport or your hotel with beautiful memory of journey.

Includes::
:: Stay at all above Hotels as per itinerary taking a Deluxe A/C Room on double occupancy.
:: Breakfast on all days.
:: PRIVATE A/C Car.
:: Local Sightseeing by A/C Car
:: Guide services for 1 day in each destination.
:: Driver's allowance , toll taxes etc.
:: All applicable taxes

Entry fee to Monuments
Liquor, Laundry and extras
International & Domestic Air-tickets If Any.