Get Welcomed in "Shahi Andaz" 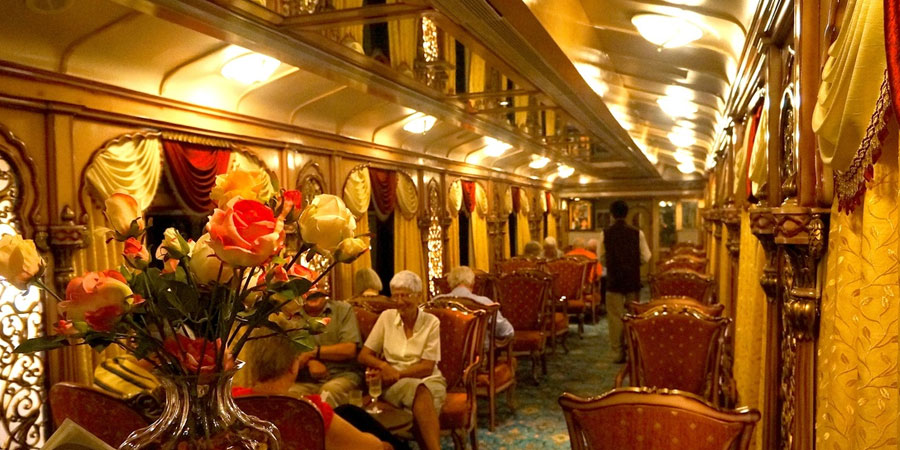 Palace on Wheels - The Royal Train

Only here you can Understand what Royal Means! 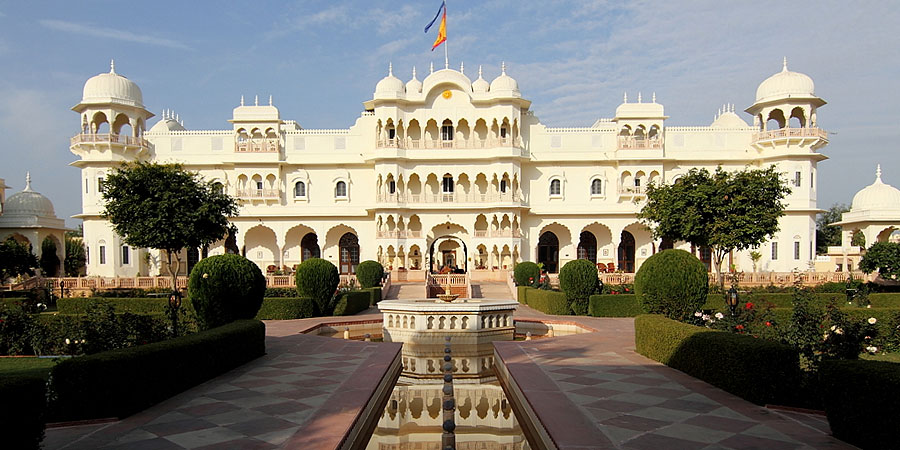 Every Stone tells the Royal Story!

The Palace on Wheels Train will take you to the Royal and Grand Journey for 7 Nights. In this journey you will get treated like Maharajas of Rajputana Times. It will take you through imperial land of Rajasthan in Luxurious style, Visiting Royal and Splendid forts of Rajasthan Fauna of Bharatpur and One and only The Taj Mahal.

This train tour has been rated as one of the top ten luxury train journeys in the world. Starts every Wednesday from Delhi and ends on next Wednesday in Delhi itself. This tour is recommended at least once in lifetime to experience the lifestyle of Maharajas of India even treatment in the train is in same style. Lets Experience. 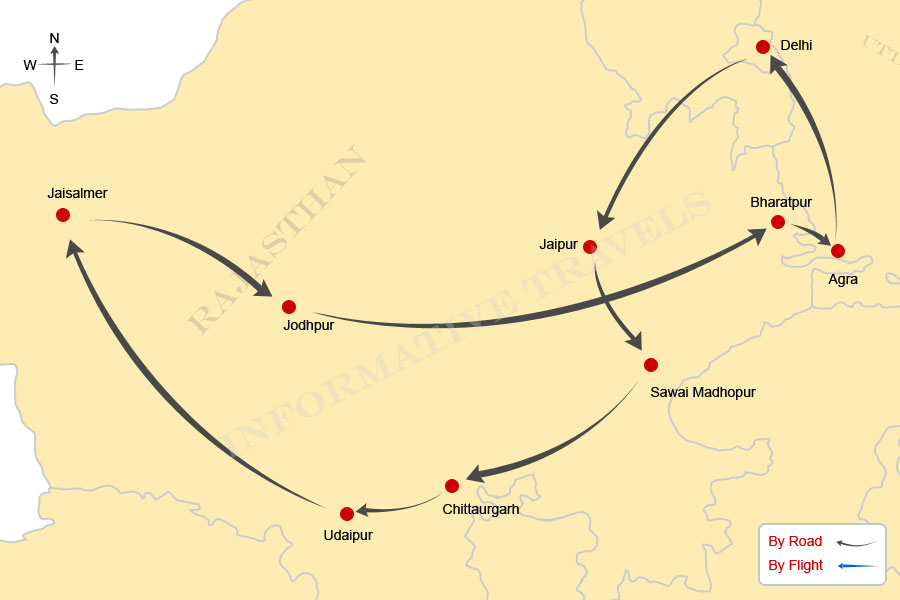 Day-1 Wednesday : New Delhi : Tour Begins : 09:30 hrs.
Join the Group at 09:30 hrs in New Delhi. Start the day tour in Delhi by visiting India Gate, Lotus Temple, Qutub Minar, and Humayun Tomb. Take Lunch at any good restaurant in City. After Lunch proceeds to Safdarjung Railway Station, Here you will be welcomed in warm traditional style before aboard the Train. Dinner on board.

Day-2 Thursday: Jaipur
After on board breakfast an air-conditioned coach will take you to the full day city tour of Jaipur, A well planned city of its time. It is capital city of the state Rajashtan and also known as "Pink City". This city was established by Maharaja Sawai Jai Singh II in 17th century.

First the coach will take you to The Hawa Mahl, A five storeyed Palace of Winds fascinated with semi-octagonal sandstone windows which allows winds to pass through the palace. After visiting this amazing architecture proceed to Royal Palace Amber Fort, An example of architecture and beautification craft.

Now proceed to lunch at Palace Hotel followed by visit of The City Palace and Jantar Mantar. Jantar Mantar is an observatory built by Sawai jai Singh II in 17th century era. By 1800hrs you will be transferred back to train. Dinner and overnight stay on board.

Day-3 Friday : Sawai Madhopur – Chittorgarh
On arrival at 0530 hrs at Sawai Madhopur a city named after its founder Maharaja Sawai Madho Singh I, After on board breakfast the coach will take you to Ranthambhor National Park a wildlife sanctuary famous for its tiger and more than 300 species of birds. Here you can also see hyena, ratel, jackal and fox. After spending some time in national park return back to train for lunch and proceed to Chittorgarh.

On arrival at chittorgarh visit of chittorgarh fort will be arranged here you will enjoy the light and sound show in the fort campus and return back to the train. Dinner on board.

Day-4 Saturday : Udaipur
In the morning on arrival at Udaipur take breakfast and you will be transferred to The Lake City. This palce was built by Maharaja Udai Singh of Mewar in 1559 AD. Visit Jag Niwas and the Jag Mandir which appear to rise from the blue waters of lake pichhola. Visit crystal gallery in the evening and proceed to Jaisalmer. Dinner on board.

Day-5 Sunday : Jaisalmer
Jaisalmer is in the heart of the Thar Desert and has a yellow sandstone fort with and imposing sight built by Rawal Jaisal in 11th century, The Nathmalji ki Haveli, Patwon ki Haveli and Salim Singh ki Haveli. All are good example of stone carver skill.

Visit Mandir PalaceShop at Rajasthali-the only Rajasthan Govt. emporium, for fine pattu shawls, mirror work & embroidered articles, wooden boxes, trinkets, silver jewellery and curios. After lunch on board, go for an exciting camel ride on the sand dunes of Sam. Enjoy the dinner and the cultural program at a hotel in Jaisalmer. Return back to train and leave for Jodhpur at Night.

Day-6 Monday: Jodhpur
Next morning on arrival at Jodhpur transferred to visit Umaid Bhawan Palace and several bastions. This second largest city of Rajasthan, founded by Rao Jodha in 1459 A.D. is known for its rock-solid Mehrangarh Fort. The grand palaces within- Moti Mahal, Sheesh Mahal, Phool Mahal, Sileh Khana and Daulat Khana are impressive examples of architectural excellence. Near the fort complex you can visit Jaswant Thada, and a group of royal cenotaphs made of white marble.

After lunch at a royal Palace hotel, return to the Palace on Wheels.

Day-7 Tuesday: Bharatpur - Agra
Early next morning, the Palace on Wheels arrives in Bharatpur, the capital of Maharaja Suraj Mal. After breakfast proceed to visit Bharatpur world famous bird sanctuary, Keoladeo Ghana National Park, the nesting place of thousands of Egrets, Siberian Cranes, migratory Water Fowl and other species of birds. Now return back to the train and proceed to Agra.

Train drops you at Railway station on outskirts of Agra at 1030 AM & proceed to visit UNESCO World Heritage Site Agra Fort, seat of power of the mighty Mughal Empire. After lunch at ITC Mughal Hotel proceed to the visit of "The Taj Mahal", one of seven wonders of modern world & a flawless architectural wonder built in white marble. In afternoon free for shopping. Later return to train for onboard dinner & depart.

Day 8 Wednesday: Delhi
Arrive at Safdarjung Railway Station, New Delhi at 6.00 hrs in the morning and proceed for your onward journey with the pleasant memories of the past week for a long, long time.